Can you believe it is December already? We are already over half way through the competition!

How to Present Your Game Workshop – Saturday, December 3rd

CU FabLab @ 1-4pm
Are people playing your game in a way that you didn’t expect? Do you want to learn to quickly teach your game and get people excited to play? The How to Present Your Game Workshop will show you how to show off your game to make it memorable, as well as how to write your rules to make the gameplay clear and understandable!

Titan Games @ 7-9pm
Ready to test your game, but not sure who you can ask to play? Do you want to be a part of the process and play board games in progress?
Come to a CUDO Plays informal playtest session! Teams can playtest their prototypes with people from the community. We will provide playtest feedback forms for playtesters to fill out!

This month we’ll be recommending games that make really great gifts in case you need some ideas on what to get the board game lover in your life. This week we recommend the game, Skull! 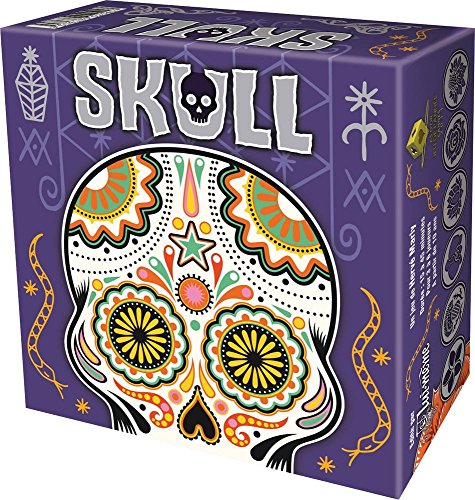 Skull, also called Skull & Roses, is the quintessence of bluffing, a game in which everything is played in the players’ heads. Each player plays a face-down card, then each player in turn adds one more card – until someone feels safe enough to state that he can turn a number of cards face up and get only roses. Other players can then overbid him, saying they can turn even more cards face up. The highest bidder must then turn that number of cards face up, starting with his own. If he shows only roses, he wins; if he reveals a skull, he loses, placing one of his cards out of play. Two successful challenges wins the game. Skull & Roses is not a game of luck; it’s a game of poker face and meeting eyes. A great gift and game that plays with 3-6 players in about 45 minutes.